Scarcely any township in Northern Indiana presents a fairer domain or more fertile soil than Olive township; but not until 1830 was it occupied by enterprising members of the white race. At the date mentioned there were about half as many Indians in this section of the county as there are whites at the present day.

Among the oldest settlers of Olive township we may mention that man of great memory, Mr. Barvilla Druliner, of New Carlisle, who was born July 7, 1807; Joseph Adams and wife, of section 31, the oldest couple now living in the township. Mr. A. made his start in the West by splitting rails, at 50 cents per 100, while boarding himself. He has made as many as 500 rails in one day. The young men of today would as soon try Dr. Tanner's experiment of fasting 40 days as to make 500 rails in one day. Jacob Rush, who was born in Ohio in 1806, is now living on section 36, one of our oldest pioneers. He held the plow for the first furrow ever turned in this township, and he also helped to raise the first cabin here, which belonged to his brother Israel Rush, who was afterward the first Justice of the Peace, and died in 1837. Jacob is still a lively and energetic man. Asher White was a boy of only 16 years of age when lie came here in 1830. His biography is given more in full on a subsequent page. 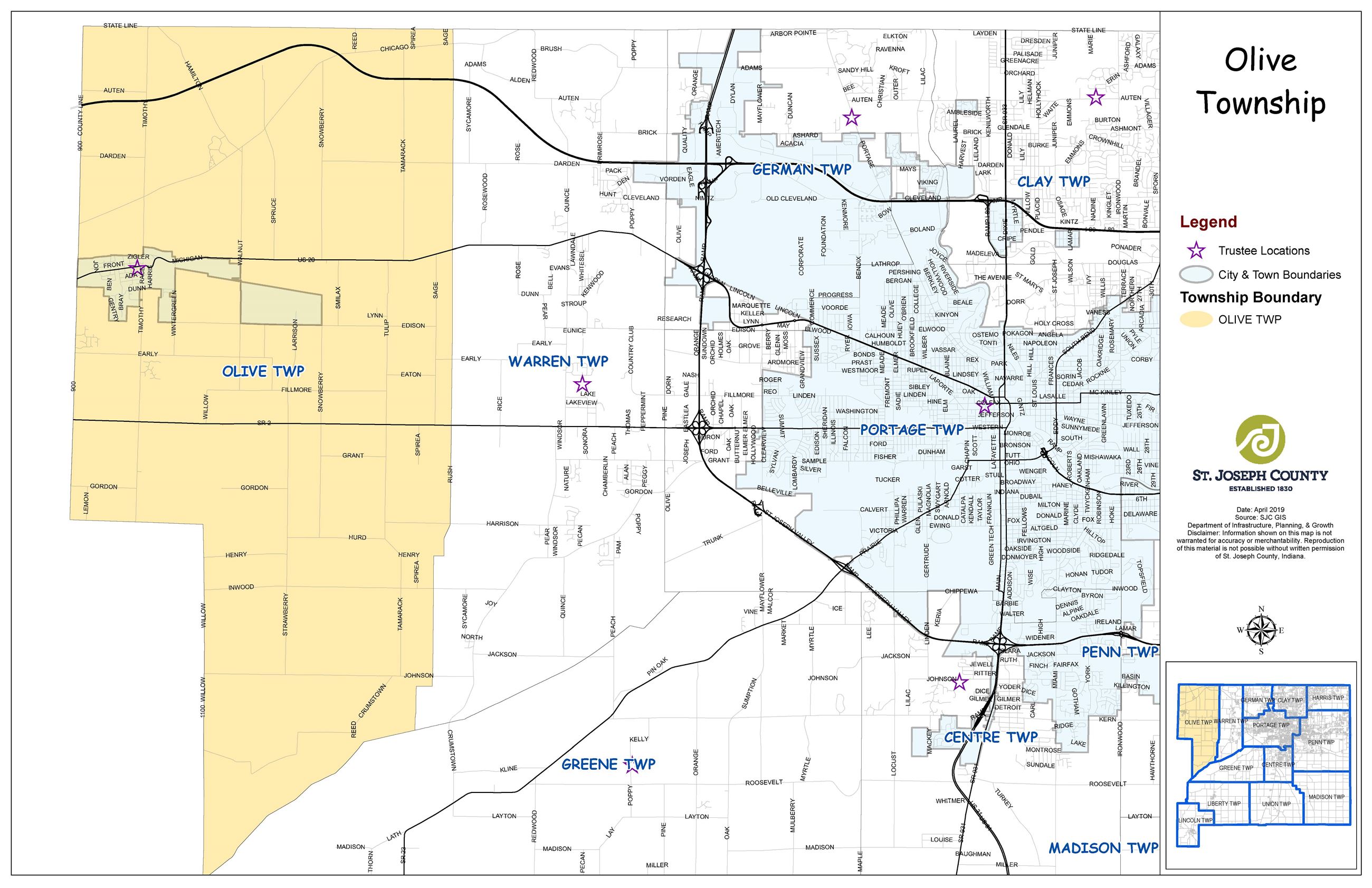 Among the oldest settlers now deceased we mention Samuel and Jesse Goward, Jeremiah Williamson, John Balker, James Shingleton, Nathan Haines, Isaac Phillips, Jacob Egbert. There are others whose names we did not fully Obtain.

What is now known as Olive township was once called the Indian reserve. In 1830 the northern line of the State was removed 10 miles farther north, in order that Indiana might have greater access to the lake.

At this time it was thought that it would be no great task to civilize and Christianize the untutored savage, and soon to have him wash oft his paint, lay aside his tomahawk, change his wigwam to a permanent house, his habits of idleness to those of industry, from reading the tracks of wild animals to the tracts of Christianity, etc., and consequently the whites established the " Carey Mission one and one fourth miles below Niles, at a point now called the Big Springs. It had at one time 200 Indian pupils. By a law of the general Government each pupil at this mission was to have 160 acres of land, to be selected for him by the Indian agent from the ten mile strip mentioned above. Hence a large portion of this township was selected for these pupils; and hence also the Indians in this community were more quiet and friendly than elsewhere, and the whites felt safe among them. It is true that they suffered an alarm in this vicinity at the commencement of the Black Hawk war in the Northwest. It was reported that an Indian had killed a white man in the wild country where Chicago now stands, and ten men went from this settlement to examine the situations, but they returned the next day, having found no cause of alarm. A fort was built at Plainfield.